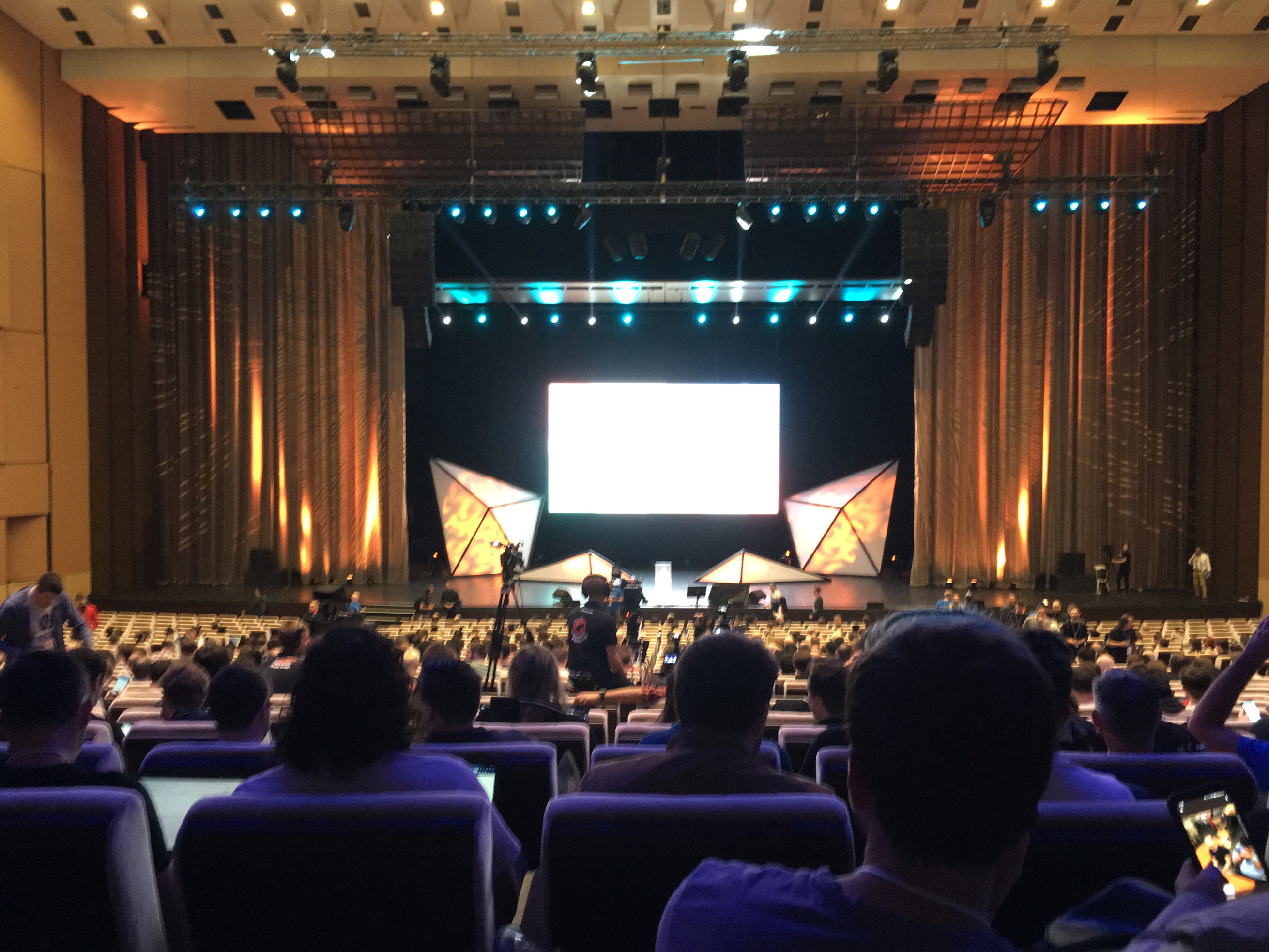 It’s 10.21am and I’m waiting for the Kick-off keynote, which will start in a few moments. Today is day 1, and it promises to be an exciting one.  I’ll be attending quite a few talks:

Towards a socially scalable Etherean future

Lane Rettig talks about the philosophy on which our society is built, and how Ethereum plays into that. He’ll spend the next year writing a book on this topic. He’s also launching etherean.org.

How do we control the material world with smart contracts?

Vinay Guypta talks about connecting the real physical world with the native digital world. Read the lite paper at mattereum.com/lp

Decentralized development: what does it mean and should we care? (yes!)

Amber and Patrick from  Clovyr (clovyr.app) point out different kinds of centralization, and showcase the Solidity Search tool.

“Getting to a million dApp users”

Karl’s talk was hilarious. I highly recommend you rewatch it online because I’d only do it a disservice trying to summarize. TL;DW Plasma 100k tx/sec confirmed.

ChainLink hosts a happy hour starting at 5pm, too. Also, the WiFi is terrible. Finally, today is the 10th anniversary of the Bitcoin whitepaper.

B-U-I-D-L
Casper’s coming
Eth 2.0 / Serenity
New ways to govern
Radical markets
Are calling to you
Don’t ICO
When there’s work to do

This site uses Akismet to reduce spam. Learn how your comment data is processed.