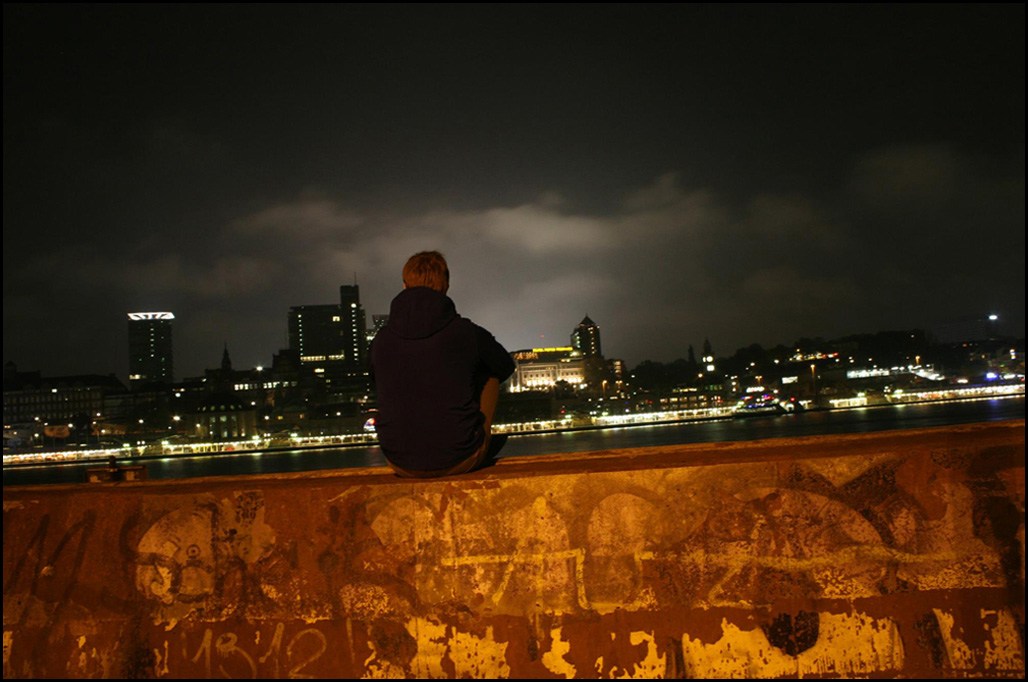 My name is Kobe, I am 22 years old and I come from Belgium. I did my voluntary service working at the AFS office in Hamburg, Germany for one year from 2013 until 2014.

How I became a volunteer

In October 2012 I stumbled upon the European Voluntary Service database, which offers a wide range of social projects between 2 and 12 months, in Europe, funded by Youth in Action. A few years ago in 2009, I was lucky to be given the chance to participate in a student exchange in Brazil with AFS Intercultural Programs. When I saw their project description for a voluntary service in the Hamburg office, I didn’t have to think twice, I wanted to do it. I already knew the organization and the city. Both were and still are very appealing to me. I love this place and I have a strong connection with AFS’ values and work. I applied for the job and a round of interviews later, I got my final “go”. I was accepted to work one year in the AFS office in Hamburg.

There are different departments in the AFS Germany office, as a lot of things have to be done to organize a variety of intercultural programs. On one side, a big group of staff is working on the ‘Hosting’ which is the program that welcomes many high school students each year to live with German host families. On the other side a lot of staff works in the ‘Sending’ program which sends German students to other countries around the world. I worked in the “Voluntary Service department” which organizes a program for German adolescents (18-27 yrs) to work abroad for 3-12 months as volunteers. I arrived on a sunny day in August and had a nice welcoming round in the office. The team consists of 15 colleagues whereas over 100 people work in the AFS headquarter in Hamburg.

Getting into the job

I had about 3 weeks to get acquainted with my colleagues and work before I took own responsibilities. My work field in the office wasn’t particularly difficult, but it was broad. My job consisted of answering all questions of our participants who go abroad with us regarding their application, preparation, time abroad and coming back to Germany. Those questions weren’t difficult, I just needed time to learn how to deal with them. Which leads me to the next problem: even if I knew what to answer, I didn’t feel secure enough to say it. My German wasn’t that good. I was convinced that I would learn this somehow strange language quickly because of my Dutch mother tongue, but still, I had major difficulties expressing myself. At least I felt like this. It didn’t take me very long to fully integrate. After two months I was already planning to become active for AFS as a regular volunteer, in my free time. During my work, I was eager to participate in the seminars and get in touch with our participants, not only from my desk but in real life as well. I really enjoyed this opportunity to interact with so many people and it enriched my voluntary service in Germany. I can advise anyone going abroad to participate in local activities. They will help you on a personal level as you’re integrating into a new country and culture, as well as opening your eyes to all the possibilities that this kind of experience can offer. I can only speak for myself, but I’m sure that if you have the will to do it, you can take more responsibility in your job and even realize own projects. During my year I worked on a couple of side projects, which brought me great satisfaction.

Culturally, Belgium and Germany aren’t that different. We share lots of common ideas regarding education, professional attitude and general way of living. I didn’t expect a big culture shock. I was wrong. It’s hard to give precise examples for culture differences except for the well-known ones (punctuality, for one) but I remember being negatively surprised by how little some people knew about Belgium, my home country. During my student exchange in Brazil, I could easily get my head around this, as Belgium’s literally really far away. But I expected something different from Germany, which it didn’t give me. I sometimes wished people were as interested in my home country as I was in theirs. Germans are quite direct in their communication. I like this and try to take it even further. In my particular West-European culture, I think it’s common to be direct. But if you’re not used to it, I can perfectly understand anyone struggling with it.

For any negative experience, I had far more positive ones. As I’ve said before, I fell in love with this city. Hamburg is cool. I like it here. Through my work, I was able to travel a bit to Germany and visit many other cities, including Hannover, Bremen, Berlin, Stuttgart, Munich, Frankfurt, Cologne et cetera. I got in touch with a lot of people who were planning to go abroad and ones that already returned from their voluntary year abroad. I could relate to their opinions, to their passion for traveling and exploring new things and to their fears. I enjoyed how this integrated into my work, as I was answering questions from participants on a daily basis. Many of the people I got in touch with turned to friends. A couple of them are best friends. I have great memories learning German, traveling through Germany and spending time with them. However more times than I can remember I walked through Hamburg on my own, but by doing this, I discovered great places which brought me mental rest. And even those moments for myself I do not want to miss.

As a volunteer in Germany, you will probably have different seminars to attend. There are a bunch of young people doing the same thing as you are, and it’s amazing to find out how common their perspectives on life are, even if they’re from a totally different place of culture. I liked talking about Belgium and showing others what Belgium stands for. Also I enjoyed getting to know people around me better. Everyone has a story to tell and I liked listening to all of them. For my job I also went to different schools in Hamburg, to talk about this voluntary service abroad and giving the students an honest image about the program. I am sure that I was able to get a few of my attendees interested. As maybe, I just got you interested. If you’re thinking about doing a voluntary service in Germany, go for it. 12 months seem like a long time, but it isn’t. Time flies by. Age, experience, mobility…? All of these questions can be answered. Go for it.

This article was written in 2014, shortly after I finished my year of volunteering.