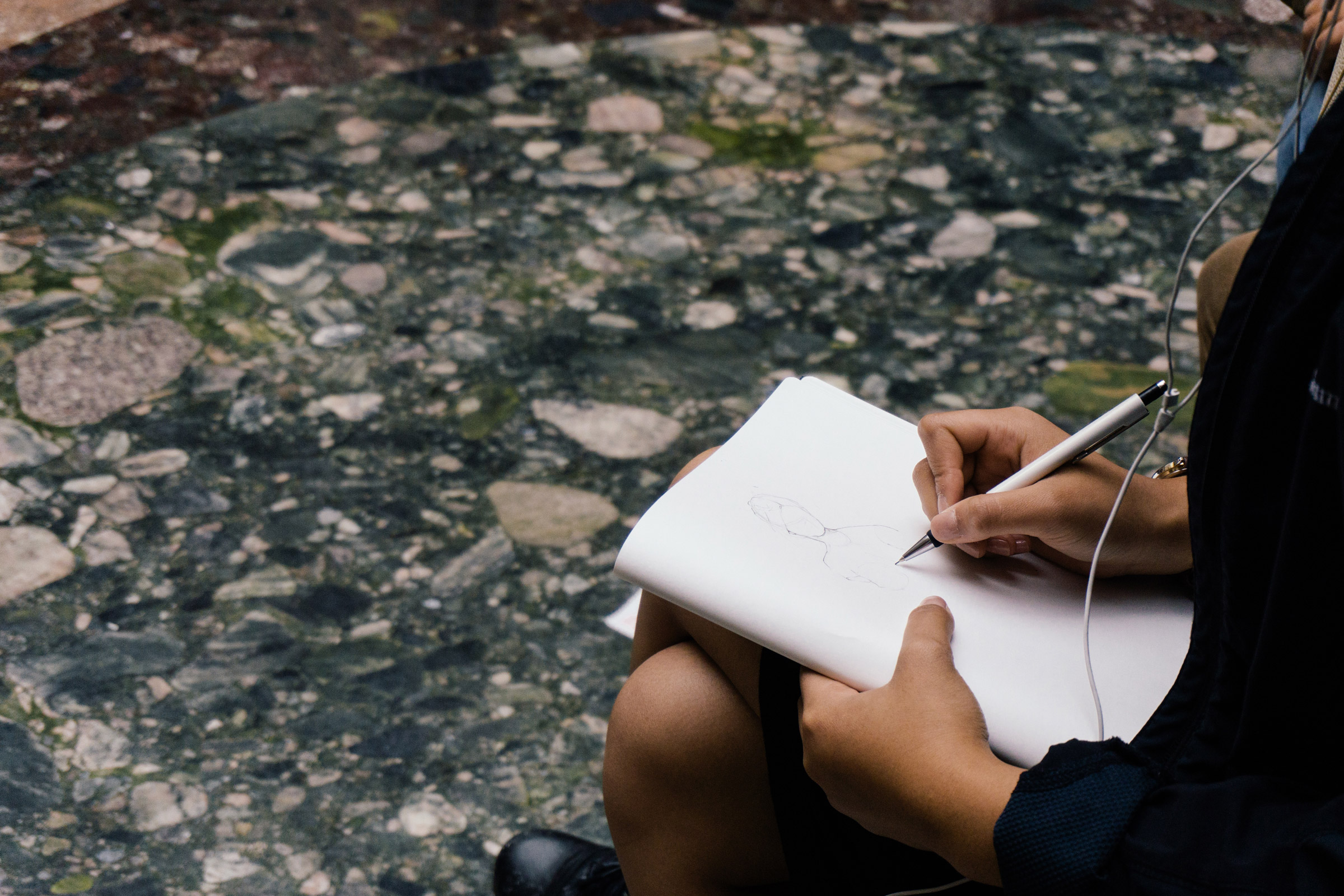 Ever since I listened to Michael Lewis on Freakonomics Radio, I’ve been writing with some music in the background. He talks about his writing process, which exists of 75% research and 25% writing. He’ll put on some of his favourite songs to get into the mood.

DUBNER: What’s on your playlist? What kind of stuff? Is it pop songs with lyrics or does it have to be more background stuff?

LEWIS: It’s pop songs with lyrics, but I cease to hear it. So the playlist for The Undoing Project included two versions of “Jesse’s Girl,” the Rick Springfield song. It’s Meghan Trainor, some of Adele’s new album, a Cat Stevens song, a Jim Croce song. And then they just… It’s kind of a random assortment stuff. What it all has in common is it kind of gets me up, and after I’ve listened to it a few times while writing, I have this Pavlovian response to it. So if you played like a Meghan Trainor song right now —

LEWIS: Yeah, I’d look for a keyboard. That’s exactly right. So it’s a very odd kind of conditioning mechanism for me.

In my case, this could include an hour-long loop of a favourite song (like “Petit Biscuit – Sunset Lover (1 hour)‘) or just some Hans Zimmer movie music. I have also put together a short playlist of go-to songs, which I can play any moment to jumpstart my creative process.